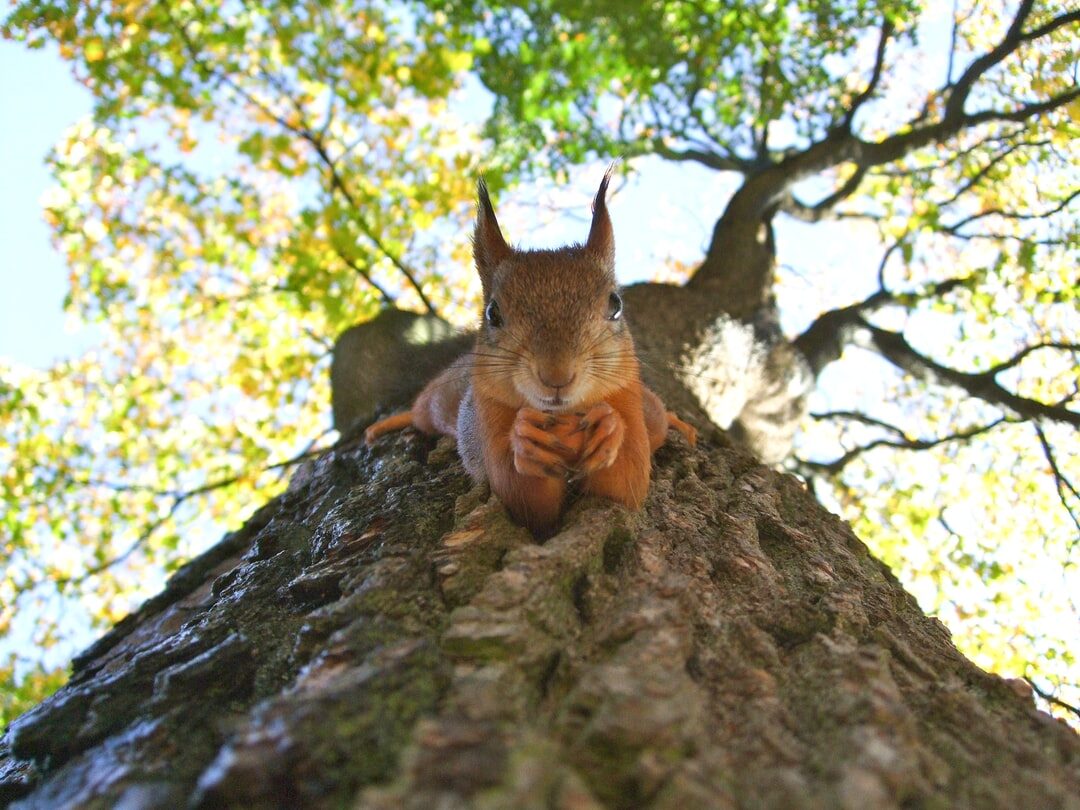 If the old Yogi Bear cartoons got anything right, it’s that if a wild animal can get their hands on a picnic basket, they’re going to eat the contents. While eating a feast of sandwiches every now and again won’t kill a bear, it’s not great for them either.

In fact, eating too much human food can cause bears to hibernate longer in the winter. Hot Pockets and frozen corn dogs aren’t great for humans, let alone animals.

Nutritional differences aren’t the only reason why you shouldn’t feed wildlife. It’s also illegal in some countries, and it can cause behavioral changes in animals.

As stated above, human food isn’t good for wild animals. Most critters have a specialized diet. Even “healthy” organic foods and trail mix can cause health problems and malnutrition.

You see a lot of people sitting on park benches feeding pigeons and ducks. While this may seem harmless (because, let’s face it, everyone’s doing it), it can cause wing deformities.

It Can Spread Disease and Cause Injury

Feeding animals often enough will cause all the wildlife in your area to sort of spread the word around. Animals will gather in large numbers when it’s time for dinner, and they’re not good at sharing.

It creates competition amongst the wildlife. They’ll fight over the meal that you leave out. They will also spread around parasites and diseases.

Squirrels often gather food and hoard it so they can eat it later. If they take lunch meat back, it will go bad and ruin their entire cache of food. Animals are known for having cast-iron stomachs, but that doesn’t mean spoiled food won’t make them sick.

Wild animals don’t need you to feed them. They’ve adapted to their environment. They know how and where to get their meals.

While it can be difficult to resist an adorable critter, know that if you give in, you’ll be doing more harm than good. That squirrel will take the time it needs to gather before it starves.

It Can Cause Behavioral Changes

Feeding wild animals gives them a consistent source of food. The promise of guaranteed food can prevent migrating animals from moving. They don’t want to give up their cozy meal ticket.

Leaving out food can also cause animals to fight who normally wouldn’t. Being hangry brings out the worst in everyone. That includes wildlife.

If animals are able to make a steady enough diet out of human food, they won’t feel the urgency to hunt and gather their own. After a while, they’ll forget how to get their own food altogether. If humans are absent for too long, these animals will starve.

Feeding wildlife isn’t only bad for the animals. It’s bad for you.

Giving deer trail mix while you’re on a hike in the woods is illegal in many countries. You could find yourself in handcuffs if you’re caught.

While the police won’t come and arrest you for having a birdfeeder in your yard, you still may want to get rid of yours. Depending on the city you live in, you could face a heavy fine for feeding wildlife in your yard.

Unless there are signs around the park asking you not to feed the wildlife, tossing out breadcrumbs to ducks isn’t illegal. That doesn’t mean you should do it, though.

If you’ve shown the local wildlife that your home is a safe place to get a meal, don’t be surprised if you find a raccoon or squirrel in your attic. They’ll seek it out to get shelter from the elements.

If that does happen to you, don’t try to remove the wildlife on your own. They can be dangerous because they have claws, and some carry diseases.

Instead, call a pest control company. They have all the tools and knowledge to remove the animal in the most humane way possible.

When most animals see humans, they run in the opposite direction. By feeding them, you take away this natural fear.

They’ll become too comfortable and wander into residential areas in search of a meal. Not only is dealing with a panhandling raccoon annoying, but it can also be dangerous for the animal.

A fearful human may attack a wild animal in order to defend themselves. Disaster would occur if the animal were to decide to retaliate instead of running away.

It Puts Animals and Property in Danger

Fearful humans aren’t the only danger that an animal could come across when they venture into a residential area. There are also moving vehicles and busy roads.

Wild animals may attempt to break into cars to find their next meal or explore a parking lot. They’ll knock over trashcans and rummage through dumpsters.

If you toss an apple core out of your car as you drive, you may lure a poor unsuspecting animal into the road.

While it can be tempting to feed cute woodland creatures, it can be dangerous for both other humans and animals.

When you feed wildlife, you can cause them to change their natural behavior. It causes animals to lose their fear of humans, and people’s food doesn’t contain the nutrients that they need for living a healthy life.

Are you looking for more ways to enjoy the outdoors while keeping the natural wildlife safe? Visit the Lifestyle section of our blog for all the latest advice.